I'd love to speak with Leonard [ENG] 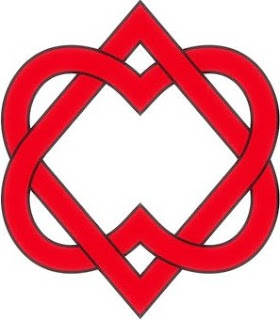 Leonard Cohen is obviously not as popular in England as he is in Romania or - I imagine - in other parts of the world.  This concert was almost not at all promoted on the mainstream media channels and was vastly overshadowed by Noel Gallagher's flying birds who played at the same venue the night before. Around me I saw mostly middle aged and elderly people, quite a different crowd than the standard concert-goers. Otherwise, the wicked tongues would be mostly right in saying the whole tour, just like the last one, is only made so that an old guy who took a 15-years break from his musical activity can financially secure his pension years. But has Leonard Cohen anything left to prove at 79? The venue was packed anyway, and in the end the people in the audience looked charmed and all the faces I've seen were smiling. Besides, this old guy has just released a new album last year, and I was very curios about listening bits of it live.

Supported by a 9-people band, Leonard Cohen came onto the stage bouncing, as usual, and his playful attitude turned into one of humble gratitude only when he got in front of the microphone and he stopped there to receive the applause that the public welcomed him with. Then he started: „Dance me to your beauty with a burning violin...”

Who is the love of his life for this poet of love, I wondered? Is it Heather, to whom he dedicates the 2004 album? Is it Suzanne, the crazy woman dressed in rags and feathers? Marianne, from which he takes such a sad goodbye? Janis, who he disses in two of his most famous songs? Last night, in the beginning of the show, after the first 5 words he sang knelled in front of Javier Mas' guitar, I realised whose beauty this song is about: Music, she's the one Cohen sang to last night, she's the one he was trying to caress as it went out of the Spanish master's strings and it's probably his most stable love, regardless of them being apart for over a decade.

Initially I thought Leonard Cohen's voice is not at its best, I thought it's far from the musicality of the original version of Dance me to the End of Love. If this were the first time I see him live, I would've though it's because of his age. But I saw him 4 years ago and I know that's not the case. How big a difference is there between a man at 75 and at 79? I imagined he's tired or that he has a bad day, which are both very possible. At the same time, I remembered how Tudor Gheorghe answered the critics questioning his guitar playing abilities: "To me, the guitar is just props. I am not a virtuoso, I am just a messenger. I am just trying to pass on the poetry." The same relationship, it seems, is established between Cohen and his voice. The voice is merely an instrument, it might as well just not be there, it is just an aid in the act of transmitting poetry. And if, at 79, Leonard Cohen's body is allowed to have a bad day every once in a while, his soul is arguably stronger and filled with poetry more than it ever was.
I remembered in Bucharest 4 years ago I needed about 5 songs to totally give in to the music coming from the stage. It happened on Who by Fire and because last night Who by Fire was again the fifth song of the set I smiled and lived the Bucharest concert again in its five minutes. This time though, Going Home was the song that hit the bull's eye, the song by whose end I woke up flabbergasted, without realising whatever happened. Leonard Cohen was still on the stage, singing, the people around me were still there, the hall and the whole world were never moved from their place and my body was still there, but somehow I felt different. Like I went through the strangest journey, just like the Prophet of Islam, up to the ninth heaven of music, like I was face to face with Poetry itself. „I'd love to speak with Leonard...” I understood this. I'd love to speak with Leonard too, a lazy bastard that's not even willing to wear a suit.

Covered by his excellent backing band's music on I Can't Forget, the master said: "I used to live in London a long time ago, back when Hampstead was not yet fashionable... I lived there with Paul and Linda and their son... did this really happened? I can't remember..." It happened to me as well, at his concerts and at the very good gigs in general. I can't tell which one is the world I really live in, what is reality, what actually happens and what's imagined, just like a junkie whose addiction is music...
„He's so respectful with his musicians” the lady to my left told me at one point. By the look of it, she had dragged her daughter and two of her daughter's friends to this concert. The girls didn't seem particularly thrilled before the show started, but their state visibly changed by the end of it. Leonard Cohen is indeed, extremely respectful with his musicians, and he's got plenty of reasons to be. He presented them all for about 4 times, slowly, in detail, and gave each of them the chance to a solo. He would start from the left: "From Barcelona, maestro Javier Mas..." Aha, so there is something good coming out of that city after all! I remember being impressed by master Javier Mas in Bucharest 4 years ago as well. He didn't seem to fight the guitar as much last night, but the music coming out of the strings of his 12-string Spanish guitar sounded at least as charming. I was surprised and very happy to find out Cohen's violonist, Alexandru Bublitchi, is from „Kishinev, from the Republic of Moldavia”. I thoroughly enjoyed the bass player too, Roscoe Beck and his full of attitude custom-designed bass. And the backing vocals girls are excellent, better than Cohen at times. I wasn't particularly extatic about Sharon Robertson singing Alexandra Leaving, but "the sublime" Webb sisters, Charley and Hattie, from Kent, did an extraordinary job with Coming Back to You and generally all throughout the show that included a synchronized back flip, guitars, harps and mandolins. "Thank you for backing me. If you wouldn't back me, nobody would buy a ticket" was the recognition the master gave them.

But one thing you don't see everyday, Leonard Cohen did not stop after thanking the band. He mentioned the sound engineer. "Nobody ever mentions the sound engineer" I told myself. Next was the guy setting the mikes. The monitor engineer, "if it wasn't for him we wouldn't hear each other". "All these lights and curtains and everything you see behind us... they don't hang up there by themselves. They are put there by the rigger, the man known as Charlie Hot-pants." A lot of decency and lots of common sense in Leonard Cohen, levelled only by the contained contempt felt for the ones turning art into a business, "the invisible hands I never get to shake, nevermind crush, for that matter." It was them, these invisible hands, „the higher powers” that decided the concert should end at 23.30, before Leonard Cohen had the chance to finish the last song, Save the Last Dance for Me. Leonard Cohen thanked us and obeyed. He probably didn't want to pull a Bruce Springsteen.
First set:
Dance me to the end of love
The Future
Bird on a Wire
Everybody knows
Who by Fire
Darkness
Sisters of Mercy
Amen
Come Healing
In my Secret Life
I Can't Forget
Going Home
Waiting for the Miracle
Anthem

Second set:
Tower of Song
Suzanne
Night Comes On
Heart with no Companion
Gypsy's Wife
The Partisan
Democracy
Coming Back to You
Alexandra Leaving
I'm Your Man
Hallelujah
Take This Waltz