The Spectrum of Normality 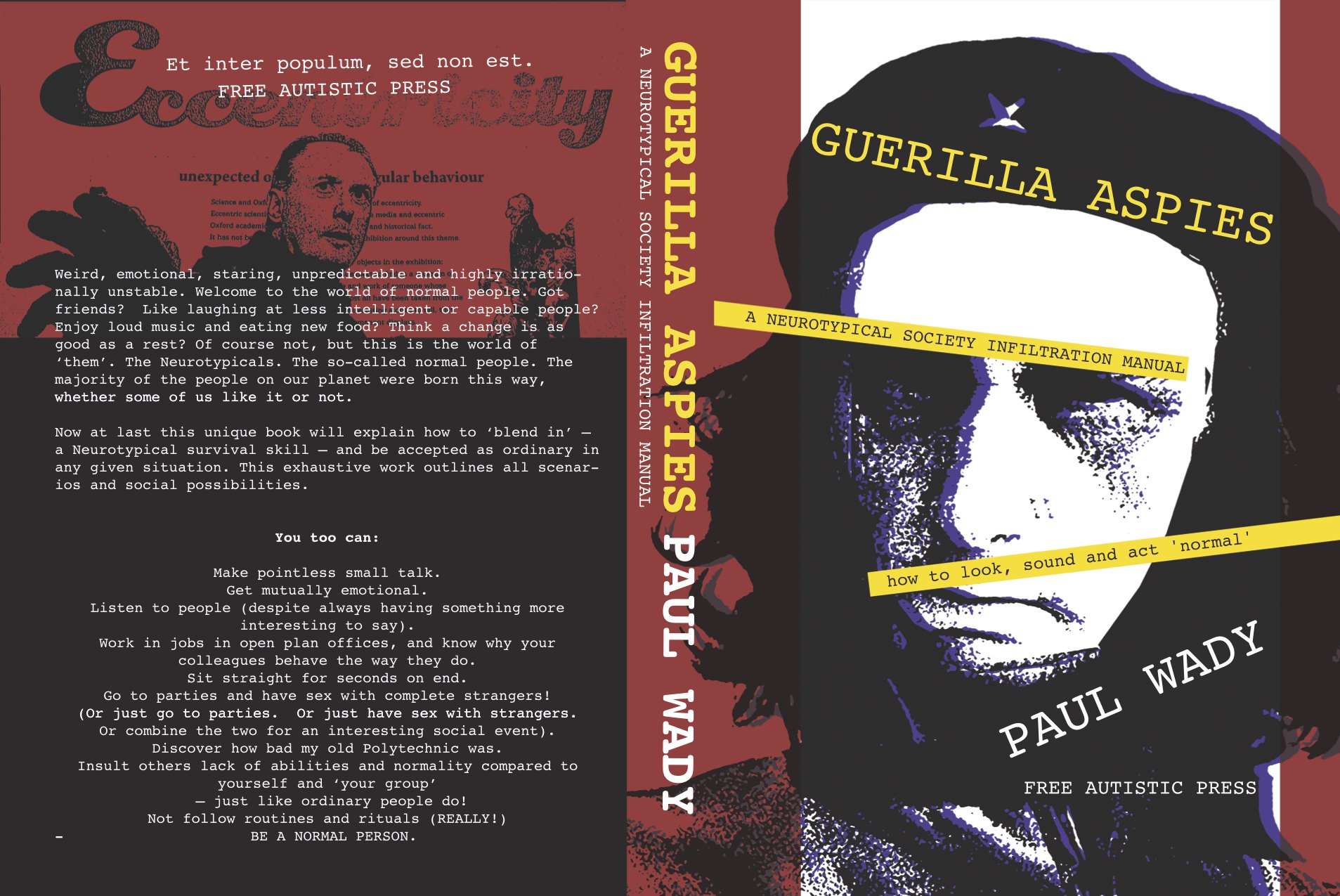 Paul Wady is autistic, but what that means exactly is a raging debate in some circles. The regular reader would be unacquainted with a number of terms throughout this book and would most likely think of autism as a 'disease'. The short, simple definition of autism is that it's a 'developmental disability', though the autistic people I met would argue against the use of the term 'disability'. Frankly, I think the autistic people I met would argue against anything, but that's beside the point.

What is certain is that very little is known about autism at the level of the regular Joe, while my impression, after a few months of intense reading about autism, is that science doesn't really know what to make of it just yet.

While there seems to be a whole community of socially functioning individuals diagnosed as autistic who developed, in the UK at least, a real subculture of marginalized social groups, somewhat like the 'gay culture' of a few decades ago, there are also a lot of autistic individuals who struggle to integrate socially or indeed to function at all. They seem to be the main intended readership of this book, though I think the book is potentially even more valuable for young autistic individuals who are trying to understand, learn and mimic social behavior, as well as for neurotypical (or 'normal', if you will, though is a term I abhor) readers who have an interest in learning about autism. The value of this book comes mostly from the fact that it presents an inside point of view, it's an inside out look with no pretense of having any medical value, but potentially more valuable when it comes to understanding autism.

The book is largely based on personal experience, all the advice given fits into the writer's own journey and may or may not work for anyone else. But of this we get plenty of warning, unlike a lot of places within the book where the reader is actively and in all seriousness advised to break the law in ways that range up to violent homicide, only to reveal the joke later on. I take this as an indication that it is not actually an instruction manual, but rather an information manual: it provides a way of looking at the world that is potentially inaccessible to the reader, but without indicating what to do with this newly gained view.

Surprisingly, valuable as it might be, is not the informative aspect that I found the best about the book, but the emotional one: it starts off as a very funny read, almost a stand-up number in written form, but then Paul starts to gradually recount episodes of his life or episodes that autistic people encounter on a regular basis, and the tone shifts towards extreme sadness by the end of the book. In trying to describe what it is to be autistic, Paul Wady manages to describe what it is to be human: a hot mess of inconsistencies, irregularities, broken promises, peculiar social conventions and things said with no intention of acting upon them. We have long suspected that a conscious being would struggle to understand large swathes of the human behavior when given the opportunity to study it from outside. Well, Paul Wady is that conscious being. And despite some carelessness in editing or structure, this book is a very good mirror in which we can see ourselves. This is the image that's both funny and sad.
Publicat de Leo la 04:42