How to talk about Dracula to non-Romanians 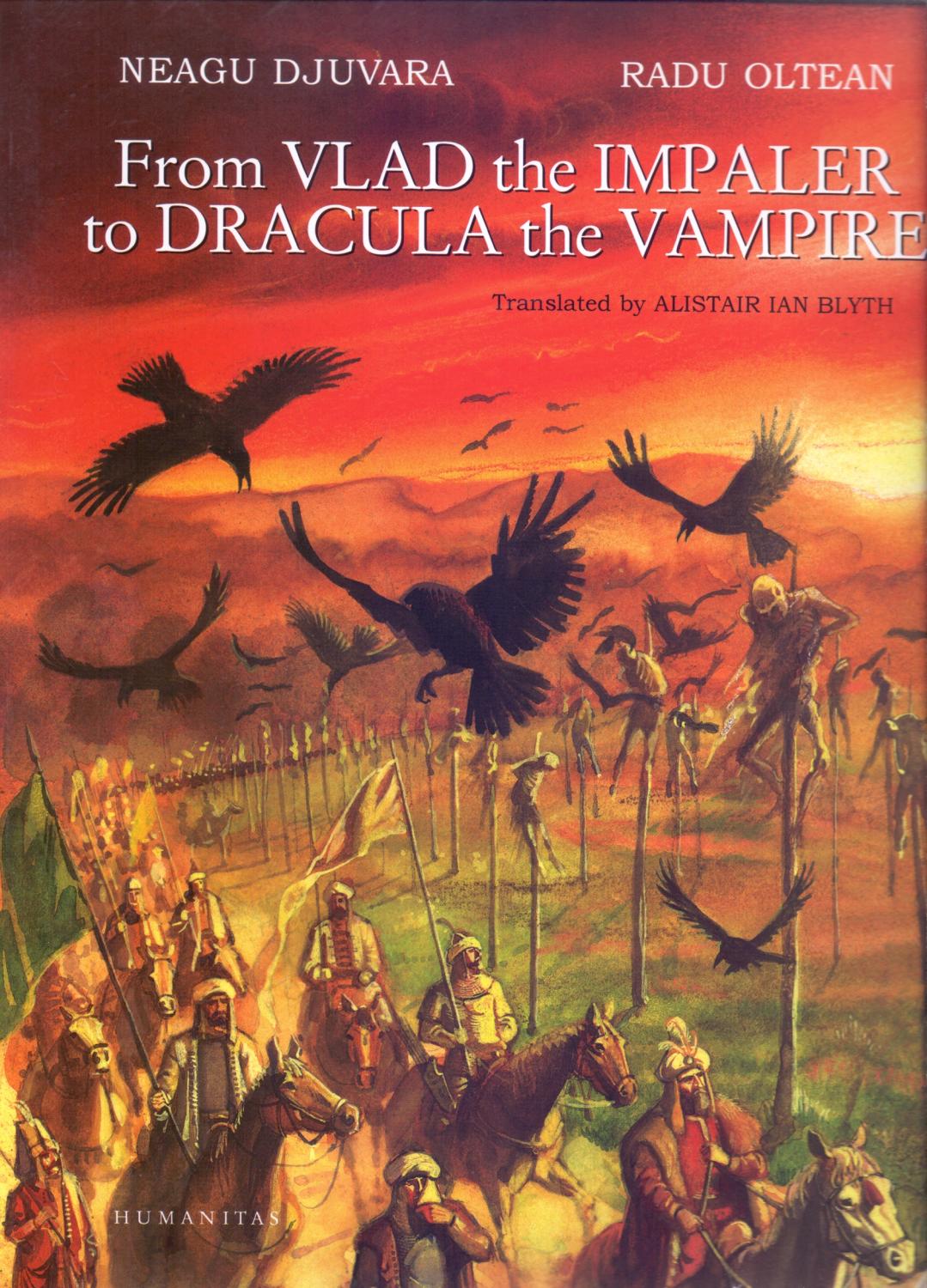 I have a huge respect for Neagu Djuvara. His book, Civilizations and Historical Patterns (Civilizatii si tipare istorice) has greatly influenced the way I think about history. I consider myself lucky to have had the opportunity to chat with the great man a few times.

In have huge respect for Radu Oltean as well who, in his field - historical illustration, is hailed as one of the best in the world, and for good reason. I am lucky once more to witness Radu's work as it's being made, on his Facebook page.

And, credit goes where credit is due, Alistair Ian Blyth is the most active translator of Romanian into English at the moment, and his services to Romanian culture should not be underestimated.

For these reasons alone, this is a book I highly recommend to all ages, even though it's marketed as a children's book. And perhaps herein lies the problem. Because yes, there is a problem, despite the meeting of the three aforementioned great minds. As previous readers noticed already, as a literary achievement the book doesn't quite hit the mark. On the one hand, the tone of the writing tends to be very condescending, as if kids need a watering down of the information to understand it. And yes, it is written in Djuvara's old age, but it looks like the historian fell into a relatively common trap: underestimating your audience. I feel the historical rigor and objectivity could have been preserved without any loss of understanding from the audience, however young.

The second issue is the over-apologetic tone in regards to Vlad's bloody deeds. This is, again, a miscalculation: owning the fact that Vlad was a very bloody leader even for the standards of his time would not, in my opinion, damage his reputation as much as trying to present a sanitized version of history does. And I'm surprised Radu signed off on the book (though I presume words belong entirely to Mr Djuvara), as he is famously a fierce enemy of sanitizing history.

However, once we get over these two shortcomings, what we have on our hands is a wonderfully documented gallop through the saga of the Draculesti dynasty and its place in the politics of the time, with a long digression about Iancu and the House of Hunyadi, important as it gave two of the most famous historical figures for both Romanian and Hungarian history. There is plenty to learn even for the reader that has passed through the Romanian education system and is relatively familiar with the reign and times of Vlad the Impaler, there is loads to learn for the reader unfamiliar with the historical figure, but that has maybe heard of the Dracula myth.

And,as it's also been mentioned before in the online reviews, the book is worth its price for the illustrations alone. While I'm trying to not be too reverent to Radu, largely because we often clash in online conversations, his work is indeed magnificent. Largely respecting the canonical imagery and often inspired by period depictions, his touch blows life into the characters making them relatable in a way in which text is unable to.

I am glad I read this and I can only imagine what one of my historical fiction writing friends might do should they feel inspired by it. Romania has had its share of historical fiction writers, though the work I came in contact with was largely dogmatic, with a clear nationalist agenda. A reckoning between my country and its own history is yet to take place, an honest acceptance and conciliation with our past is yet to be made. And fictionalizing history so that it becomes accessible to the general public, retelling the Dracula myth as it happened, is part of that reckoning.
Publicat de Leo la 01:44 Niciun comentariu: