Normally I should've been happy for Spain. I am, a bit. It was, after all, a pitiful display from a great footballing nation in the first two games. Never a good sight. Spain is clearly changing generations and redefining identity after the enormous successes of the past decade or so. Emulating the Barcelona tiki-taka is not working; truth to be told, the system was highly inefficient back then, too. It was just with a lot of effort and a team of very good players that they were able to sustain it, and it was known - though, granted, not easy - to dismantle it.

Nowadays Spain doesn't have a Xavi & Iniesta midfield. No Puyol, Pique or Ramos in defense and they play with a photo model as a striker. For all their 80-something possession against Sweden, not many opportunities to show from.

But they clicked just at the right time. The biggest battering of the tournament so far, good goals and overall an impressive display. Too bad it was at the expense of poor Slovakia, which was a really nice surprise against Poland. Unfortunately, they run out of steam, or they lack the experience to manage points, games and tempo at tournaments like this. And with Spain making sure their goal difference went down the drain, no chance of qualifying from 3rd place either. They'll probably be happy with the display, but they shouldn't be; I felt there was much more potential to their team.

I was glad when Morata missed the first penalty. I don't rate Morata all that much (can you tell?) and it kept the score at 0-0. But when your own keeper pushes the ball in the net after a shot that wasn't even extra difficult, hard to expect many rewards. With 2-0 at half time, Spain were flying, so much so that Ferran Torres could afford to hit back-heels in the goal by the end of it. Gerard Moreno too, was away too undisturbed throughout the game for my taste. He's probably been Spain's best player so far, let's see how he'll fare against real opposition. Croatia, for instance.

Sweden and Poland have, of course, decided to play a dynamic, high tempo, high scoring game, just after no one was expecting this from either of them. Of the two though, Sweden at least have been highly pragmatical. Settle for what you can until the decisive game, then go all out. And the injury time goal provides them with a cushier draw for the last 16. It's not going to be easy, no option will be from here on, but I'd take Ukraine over Croatia any day.

Poland, which the bookies were rating as one of the favorites, has been disappointing throughout, despite the redeeming performance of Lewandowski in yesterday's game. They're going home, to a nation that was probably expecting better.

I have no idea what happened in Munich, I doubt Low has, but the evolution of the scoreline didn't seem believable. Germany went 1-0 down to Hungary, and they were pulled back to level 2 after taking the lead. Congratulations Hungary, you finished last, but at least you made the proud boys in the home stands happy.

I watched France - Portugal instead, and I'm glad I did. It has been the best game of the tournament so far, bar maybe 'Italy thrashing another team' ones, but they run in different categories. Qualification on the table both teams really went for it, and both put on great displays. Ronaldo and Benzema, though both famous for inconsistency in form, have been excellent yesterday. Mbappe is always a threat, although I have to say, much as I admire him, the boy is not a clinical finisher. He'd put himself in situations all the time sure, but if Inzaghi, for instance, would've missed as much as he does, he would not have gotten this mention here. Although I can kind of see Semedo's point, pulling at Mbappe's shirt with both hands every time he got the ball: you have to keep him tied down, otherwise he runs away.

For Ronaldo haters, here's one more reason: 3 of his 5 goals so far were penalties, but now he's two clear in the goal-scorers board. Penaldo indeed, but they all count. 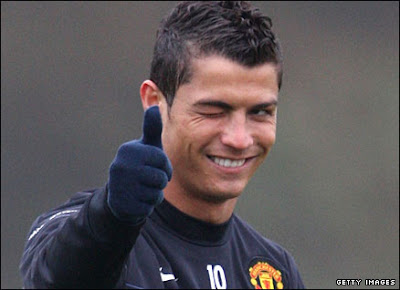