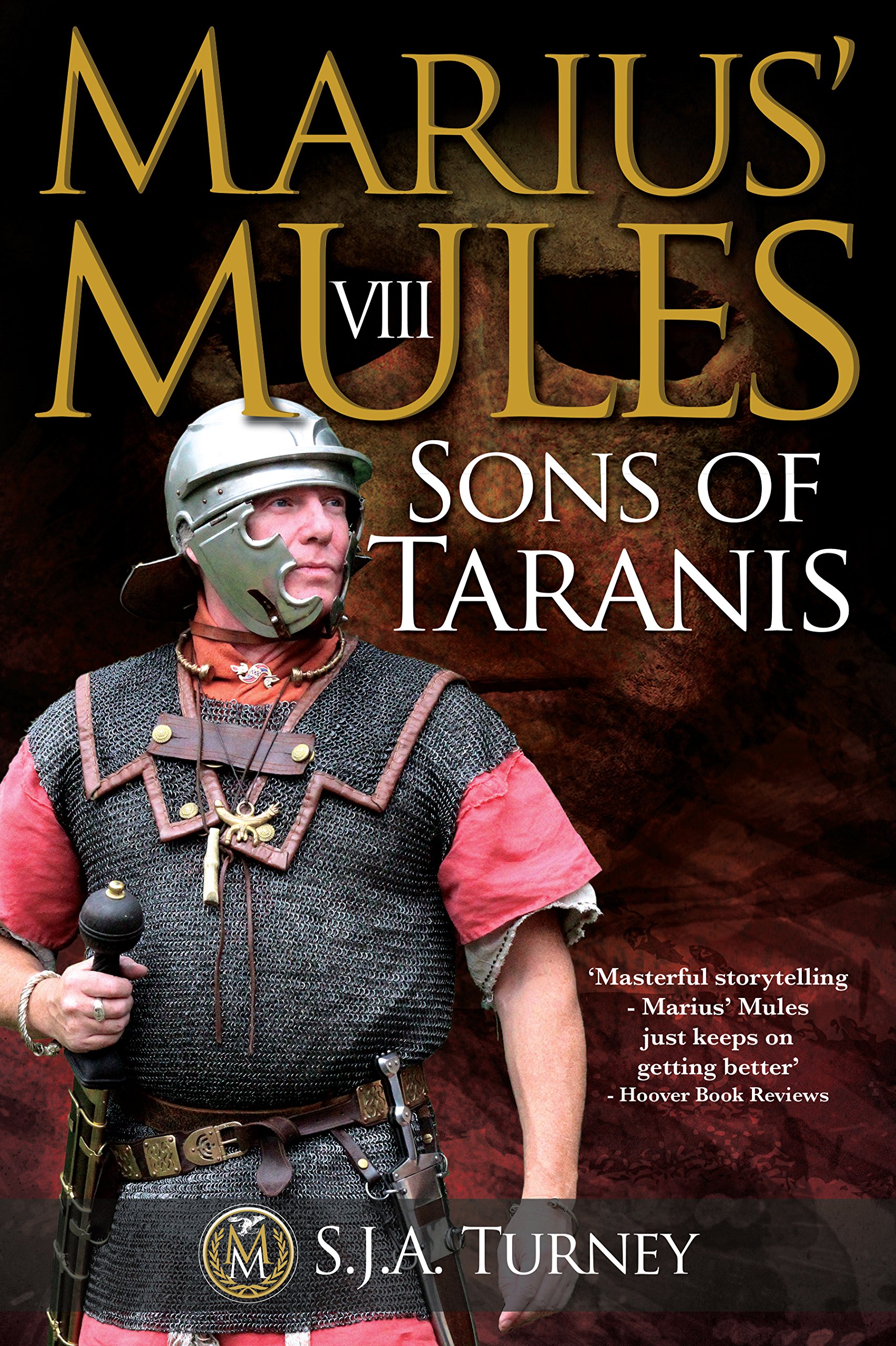 It has been obvious for some time that the Marius' Mules series has surpassed by a damn long mile any objective it set out to achieve: it followed Caesar's account on the war in Gaul, but the last book of the Gallic Wars - to the chronology of which this volume corresponds - was not written by Caesar anymore; it fictionalized the great general's diaries, but the series is no longer the fleshing out of a laconic historical account, but has become the vast saga of the House of Falerii, lead by everyone's favourite legate, Marcus Fronto.

By that same token, the huge cast makes it completely unnecessary for Fronto to make it to the end of the series alive. And the way Varus was built up in the first half, and with the unfolding of the events in Massilia and Rome in the second half, I did wonder throughout a huge chunk of the book: "Oh, my God, is he going to kill Fronto?" Sure, he had to be at Alesia, he had to be the unsung hero of the biggest battle in the campaign, but once that's done, he is in grave danger. Sure, Fronto has always been in great danger, and always at the forefront of fighting. But we knew he'd survive. We knew we'll find him in the very center of the immense clash in the Mandubii capital. He could've died a glorious death there and bring the series to an end, but Simon spared him on that occasion. And even though he is now retired from the army to the very unspectacular career of wine merchant, Fronto is in a bigger danger that he has ever been: he is no longer necessary and once you realise that, it feels like every page can be his last.

Caesar's officers, his former comrades, already speak about him in the past tense. He is not tied to any real document or source, so Simon has no obligation to achieve anything with him. And with his talent for always getting in trouble, every fight now can be Fronto's last, without endangering the series in any way.

I won't spoil what happens to Fronto for you, but I will reveal this; I got towards the end of the book thinking: 'Oh, this time the Gods - and Simon - have been really merciful with the cast, as no one of any importance dies throughout, like in the previous 8 books.' And then, at the very end, on comes a massive onslaught, in the very heart of Rome, in which characters fall like the apples of an abandoned orchard in late autumn.

I thought this book will be in some ways poorer than its predecessors, as the year after the battle of Alesia will not see any clash anywhere near as big as the one where Vercingetorix was captured. But after 12 years and some 15 books, Simon has learned when to stick to historical facts and when to give free rein to his imagination. And he manages such a good mix in this book that Sons of Taranis is in many ways more gripping than some of the earlier volumes in the series.

I've also realized something else about all of Simon's books, not only the MM series - what makes them so enthralling is not necessary the size of the clashing armies or the historical importance of the event, but simply the way he creates tension. He adjusts his level of detail so that we can always envisage the action in a cinematic fashion and we always get a feeling of expectancy, the idea that something is about to happen, yet we never know what exactly or which way the story is going to go.

And his characters have become much more complex, specially the Gauls. So much so that I no longer know in which moral category to place most of them. Lucterius of the Cadurci had the heroism of an epic hero in the previous book and he seemed to be the one to take over the torch of freedom from Vercingetorix once the Arverni royal would be captured. Yet after the biggest army Gaul ever put together is defeated, Lucterius' fight and the the man himself is painted as almost ridiculous in its stubbornness. The siege of Uxellodunum, the most important moment of the year's campaign, is treated rather lightly, as a story with the ending written beforehand, though it does occasion another brilliant moment of bravery from Atenos, now (finally) primus pilus of the famous Tenth Legion. 'That man would hold the gates of Hades itself against Cerberus if you asked', says Varus, though what Atenos pulls at the ramp at Uxellodunum looks like a more impressive feat.

However, Lucterius is not there. He is busy trying to raise support that will never come, to revive a spirit that's been broken for good. And neither is Molacos, a skilled hunter and warrior that can easily skip through the Roman lines at Alesia and easily wins the reader's sympathies in the previous book, but is now turned into a bloodthirsty thug.

It is this playing with grey areas of morality and looking at characters from different angles that gives them depth and make this book stand proud among the others in the series.

- the description of Massilia, background for Fronto's civilian adventures, as usual very well documented but unusual in that this is a Greek city-state, which steers the reading towards the educational side - observing how this is different than the typical Roman city and what the role of the ancient Greek colonies was;

- description of the engineering heroes of Caesar's army, the unfashionable but highly efficient advantage that the Romans had over their Northern conquests. Their work is the one that ensured maximum advantage is drawn from the terrain, that maximum damage is inflicted before the battle and that losses are minimized through facilitating sieges, use of artillery and ample defensive structures. And whenever they pop up, they also seem to be providing an element of humour. Like when Varus says:

'It is an immense job. I asked about it before we heard of the spring, and the senior engineer just looked at me as though I's asked him to lower the sky a little.'

And the proof the Simon is now so exercised and confident in writing about the Gallic Wars that he even affords to create some ad-hoc folklore:

'there was a saying among Caesar's legions since Alesia. "Lead the tenth to glory, but put a coin in your mouth first." ' thinks Atenos after the surviving Uxellodunum.

Oh, and we've also got a great stand-off finale phrased better than any previous ones:

'There are moments when the great games of gods are poised on a knife-point and the outcome could go either way. At such times, the world holds its breath and even death seems inconsequential next to the enormity of the moment. The gods' dice teeter on their points, waiting for gravity to pull them down and declare a winner.'

But to find out what is happening in this particular history defining moment you will have to click on the link at the top, go to Amazon and buy the book. It's well worth it, though if you're already fans of the series I doubt you need any further encouragement.
Publicat de Leo la 04:12