What Mary says about Caesar 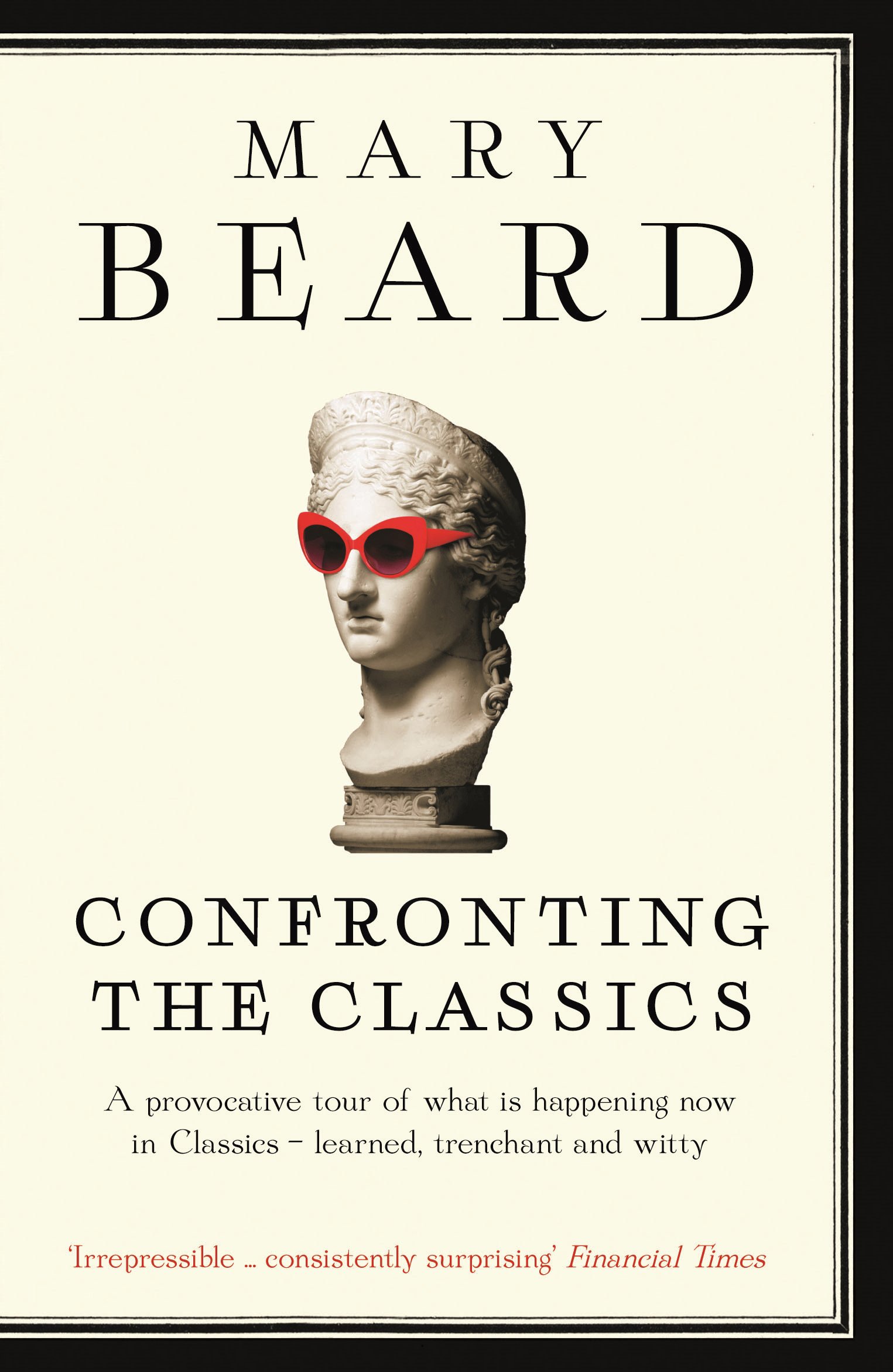 There are a number of ways in which this book is misleading, though at the end of the day none of them changes the fact that this is a good, well-crafted, informative, and entertaining read.

To start off, in no particular order, the 'classics' confronted here by Mary Beard are not who you would expect. It is not Thucydides, Caesar or Cicero that are being confronted, rather the much more recent date scholars of Greek and Latin studies. Specifically, those particular scholars that belong to the tradition that Mary Beard herself is also tributary to, namely the ones in the English-speaking canon.

For 'the classics' here is not designating the characters, personalities, or writers of the ancient world but, in the self-aggrandising Oxbridge lingo, it denominates the departments that study the aforementioned.

Also not stated anywhere obvious: this is a book of reviews, all of which have been previously published.

But nevermind, that's all good. Through her tour of more or less random picks of books to review we are entertained, we learn a thing or two about some of the starts of the ancient world and - probably the main goal of the book - we get a sense of the current state of the literature on the ancient world. And again, it should be clear we are always talking about English language literature. I will keep moaning about it, but I also find it incredible how dismissive the English are of other languages' scholarly enterprises, although it is blatantly obvious that an Italian researcher, for instance, would have a much more direct understanding of Latin archaeological findings or literary sources.

And the last important aspect to clarify: this bok is not one of history. 'Historigraphy', a Goodreads reviewer calls it. Maybe. Tributary to my own education, I was tempted to say what Mary Beard is doing here is epistemology. She seems to be aware of neither of these, and no mention of previous philosophers of history ('historiographers', if you will) is made, although her main thesis is a direct derivative of Raymond Aron's ideas on history.

Namely, says Mary Beard, historical sources should be understood as a document of their authors' attitudes, world views, and beliefs rather than a description of 'facts'. IMHO, this is just a partial answer to the all important 'How do we know what we think we know?'. Not wrong, just incomplete.

The idea is not new (hello Spinoza), but far as I know it's never been applied to the study of history. The trouble is, once we apply the one-size-fits-all matrix of skepticism to ancient sources, there's not much left as 'hard facts'. So, then, what can we know? What is real and what can be clearly stated as 'facts'? Once we've asked these questions we are firmly in the territory of philosophy. Luckily, this book never does.

So then we're left with something very much halfway between pop history and serious historiographical investigation. Neither here nor there as either light summer read or serious consolidated thesis. And I suspect Mary Beard knows this, but she also doesn't seem all that interested to venture much further in the territory of questioning the inner workings of how history is made, understood and taught.

Instead, we can read about the regular headliners of ancient history: Sappho and Alexander, Cleopatra and Boudicca, Caesar and Cicero. Nothing wrong with that, only it feels like for all that sizzle, there could have been a tad more sausage.

But, if you want to appear smart in a public gathering, here are some quotes to help:

12: 'Our word 'democracy' derives from the Greek, that is correct. Beyond that, the fact is that we have chosen to invest the fifth-century Athenians with the status of 'inventors of democracy'; we have projected our desire for an origin unto them. (And it's a projection that would have amazed our predecessors two hundred years ago - for most of whom fifth century BC Athenian politics was the archetype of a disastrous form of mob rule)'

95: 'The most important point is that repatriation never restores the status quo ante: it is always another stage in the moving history of the art object. [...]

We may try to regulate the movement of cultural property, but - licit or illicit - we cannot stop it. Nor would we wish to entirely (the idea of a world in which art was destined to stay in the place in which it was made is a terrible nightmare). One thing is certain: criminal prosecutions in this area tend to have a symbolic rather than practical importance [...]'

98: 'A vociferous section of the political elite might have felt excluded, even humiliated, by Caesar's increasing control over the institutions of the state. But Caesar's reforms, from corn distribution to settlements for the poor overseas, were popular with most of the inhabitants of Rome, who no doubt regarded elite ideas of 'liberty' as a convenient alibi for self-advancement and for the exploitation of their less privileged fellow citizens.'

However we choose to dispense or suspend moral judgement, this story of middle-aged donnish fumblings raises important issues in the writing of biography. What gets included, what excluded from the retrospective accounts of famous lives? What principles of censorship are at work behind the authorised versions of these lives, particularly as they are transmitted in biographical dictionaries and others such works of reference? And how far does this matter?'

277: 'wherever Roman conquest reached, there are still tales of heroic resistance and glamorous native freedom-fighters.'