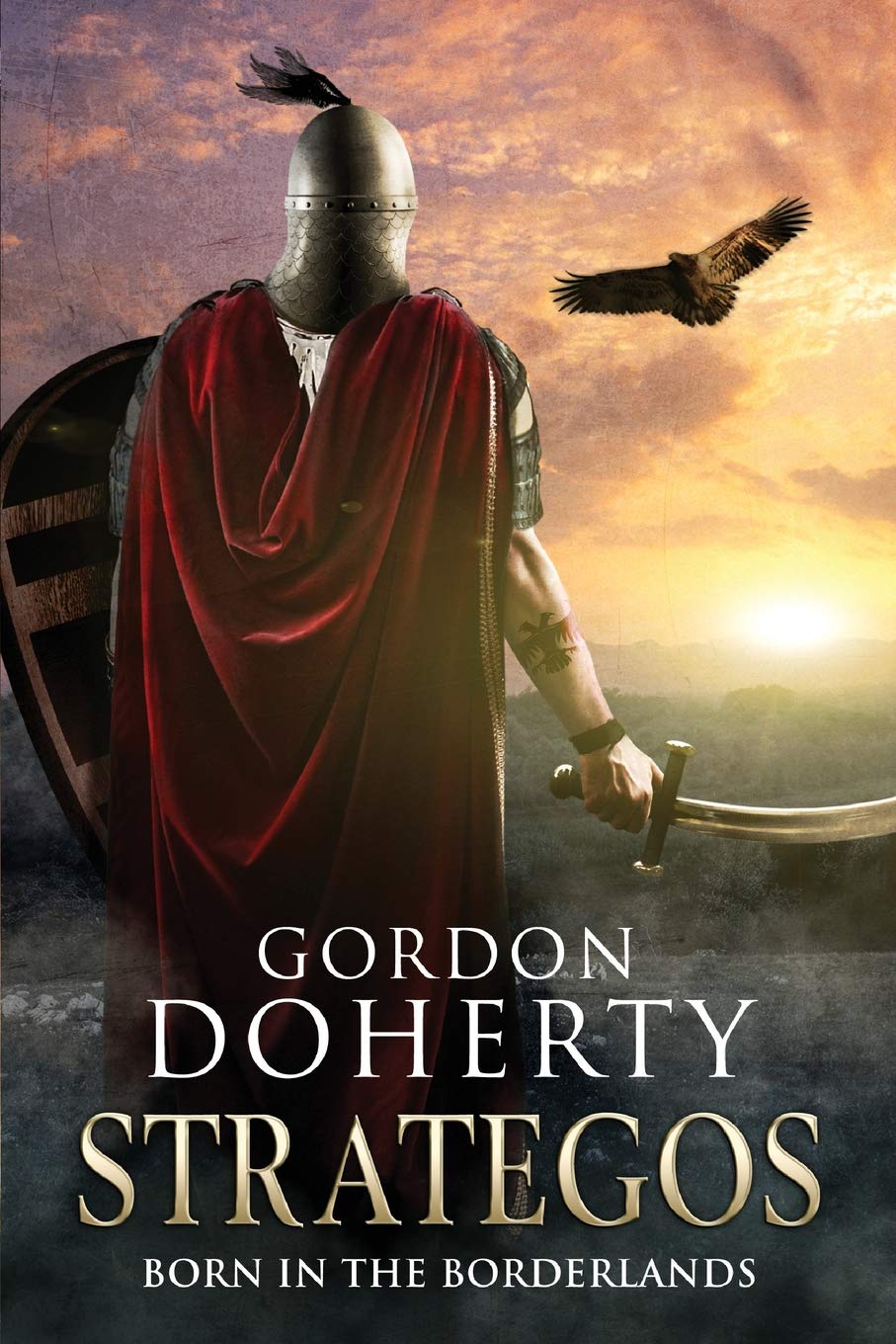 A while ago I read Gordon's book Legionary and I emailed him a rather unfavorable review, asking if he'd rather have it published or not. Writing is a tough career and anyone who takes to the paper should be encouraged, not slighted, so we agreed that I wouldn't publish anything about it online. Looking back, Legionary is actually quite a fun action histfic, so I might give the series another chance in the future. But what stroke me then was how gracious Gordon was in receiving criticism and responding to it; a reputation he has since enhanced and it's upheld by his online comments wherever you look. Therefore, while the quality of Gordon's writing will be under scrutiny below, his character is beyond doubt, and I am grateful for his friendship.

Strategos has been sat in my Kindle for a while and I only got round to it now as I realized my reading is a lot faster when I use an electronic device. I shall now devour the entire trilogy very soon.

After approaching a difficult historical period with Legionary (376 AD, NE border of the Roman Empire), Gordon does one up with Strategos, going headlong into a time and a place that is largely ignored by mainstream Western culture: 1046 AD, Eastern Anatolia. While the Byzantine Empire is still far from its conventional 1453 end, this is an era when the empire's border are continually shrinking and, more importantly, at the Eastern border of the empire two major civilizations meet and mix, often through very violent means.

The sources available for the period are scarce, which gives an author room to maneuver their plot however they feel without fearing accusations on inaccuracy, but also makes creating the atmosphere and the flavor of the era difficult, not to mention the huge burden of perception: it is likely that the general public will take their information of a historical era from fiction rather than from documents or research, which puts a great responsibility on writers exploring historical dark patches and blurs the line between a writer and a historian. I am not sure what the writer's intention is here, but it is now clear that - while creating the right flavor of the era is open to discussion - Gordon excels in creating a tense and engrossing plot, the kind that makes your brain want to keep reading long after the eyes have had enough.

The plot and the tension in the action is by far the best thing in the book IMO. Beyond any nitpicking I might do in regards to the Byzantine outlook on life or the existence and functions of secret societies in late Byzantium or the strategic thinking of Byzantine emperors, I was engrossed in the book pretty much from the off and I kept wanting to find out whatever will come of Apion or Cydones or Bracchus next.

I like how twisted the plot is, how unpredictable the fate of all the characters is and how even the villains have a redeeming back story while the heroes can be led to virtuous actions by questionable goals. There's a lot of depth to all the characters that survive beyond a few pages, and it's well spread throughout, each episode adding another single element to one particular character's story.

I also like how Gordon doesn't shy away from writing sex scenes, and in Strategos there's a few of them, but they're all well integrated in the story and avoid the usual cringe that sex scenes seem to generate when written. There's plenty of blood and gore, sure, and writing battles and fights is the bread and butter of most historical fiction writers, but they tend to tread a lot more cautiously when it comes to the romantic lives of their characters. Not Gordon. His characters have feelings and urges and this gives them an extra dimension to the regular 'good with a sword' routine.

All in all, a gripping and pleasant read, and one that sparks interest in an unfairly overlooked era. I have a few reservations about moments in the plot that I think require too much of a suspension of belief, but then doesn't any work of fiction require some suspension of belief?
Publicat de Leo la 04:09