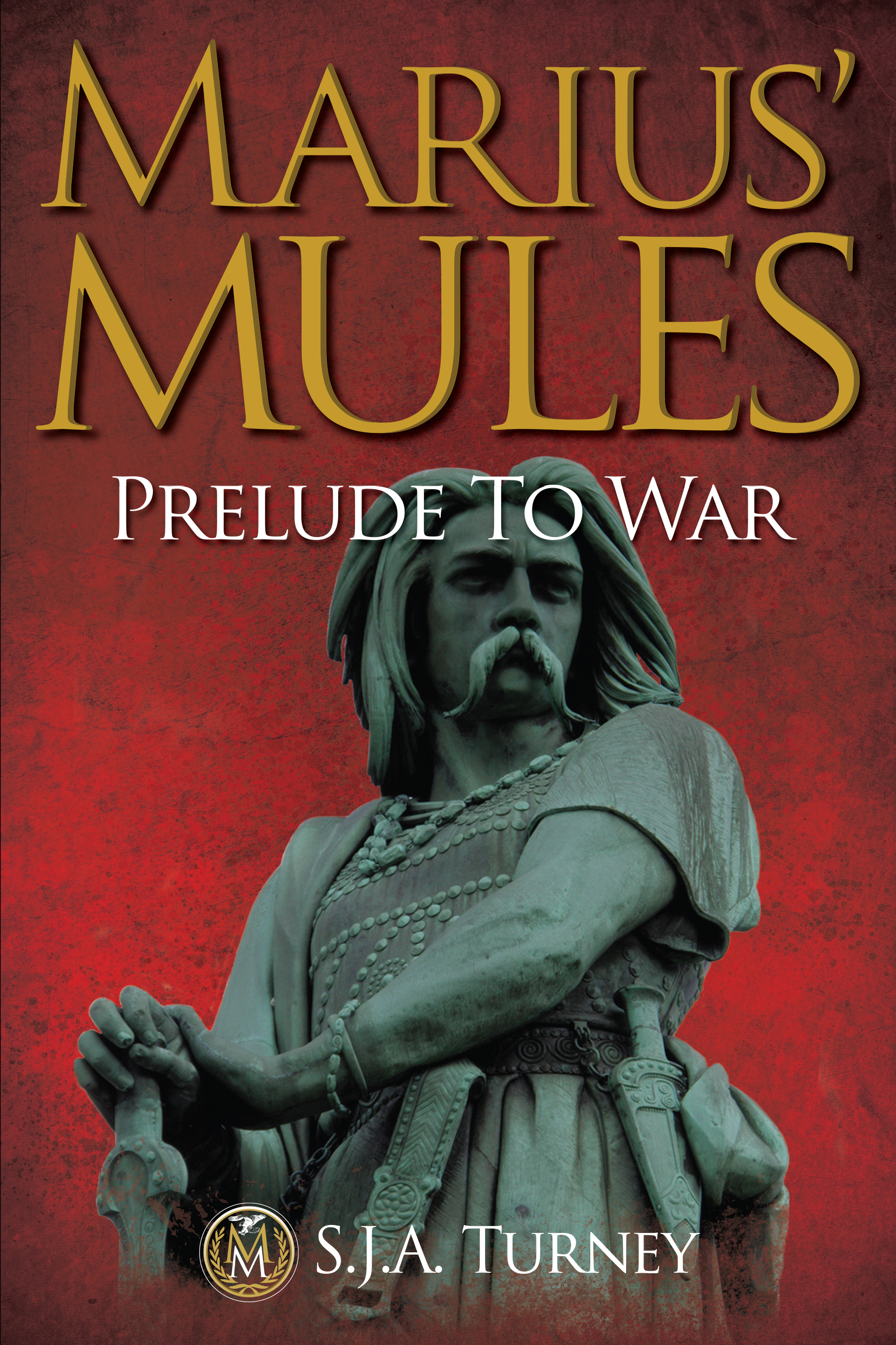 I'm guessing this volume is born out of Simon's desire to write about important episodes in the great scheme of the Gallic Wars that could not have possibly fit in Caesar's diaries. It might have been a mistake to have stuck so rigidly with the parity between MM books and Caesar's chapters of De Bello Gallico, as for instance this book gives the impression of being the collateral victim of that policy, while MM7 is a monster of a book and in MM8 Simon will have to struggle with a rather uneventful year in Gaul, when Caesar was probably already preparing a confrontation with Pompey.

The fact that it does not have a number assigned makes it easy to overlook, and skipping it as one sails through the series would be a mistake. First, because it's very well written. Nothing unexpected here when it comes to Simon, as he seems to beat his own very high standards with each new release. Faithful readers of the Marius' Mules series will no doubt revel in getting more of the same, while its size would make this book a perfect taster for any new readers. Because maybe with the exception of the very last page, when Fronto's name pops up rather unexpectedly, the stories can very well stand alone.

The second reason not to skip it is that it contains episodes that are very important, if not essential, for the biographies of some of the supporting cast. And by supporting cast, I mean everyone that is neither Fronto nor Caesar. The series gravitates around them, sure, but they are circled by an array of characters, both historical and fictional, that are no less memorable.

In the first story (The Fire Arrow), Cita the quartermaster takes center stage. While only a minor character so far, making him the lead gives us a better understanding of how the behind the scenes of the gleaming Roman legions work, which I suspect is Simon's main purpose for writing this. Plus, it gives us a memorable sidekick, Bennacos of the Boii, a cunning warrior of great ability and even better morals. For some reason it reminded me of Tom Sizemore's character in Saving Private Ryan. The whole story is actually a tale of great heroism, but saying anything more would be giving stuff away, and I encourage people to read it and see for themselves.

No spoilers in the second story, though: Clodius Pulcher dies. While the death of Pulcher and its details are known historical facts, Simon's mastery of the writing craft is in the way he links it with his series and his characters. And I suspect he was itching to write about it, as it is an event with a huge impact on the civil war to follow.

The third story (Rise of Kings) takes us straight back into the heart of the matter: Gaul is very much rising and, while Fronto is nowhere to be seen, Priscus, along with Fabius and Furius, are very much at it, thus giving the feel of being back to the main narrative.

So this is it. For me, Prelude to War was as enjoyable a read as any from the series, and an integral part of it. The only disappointments I can express are that it does not have a number, belittling it somewhat undeservedly, and that it is too short. Not that good literature is exclusive to a certain size, quite the contrary actually. It is just that I found myself at the end of it too quickly. The mark of good writing, after all, is when you can't get enough of it, is it not?
Publicat de Leo la 18:19