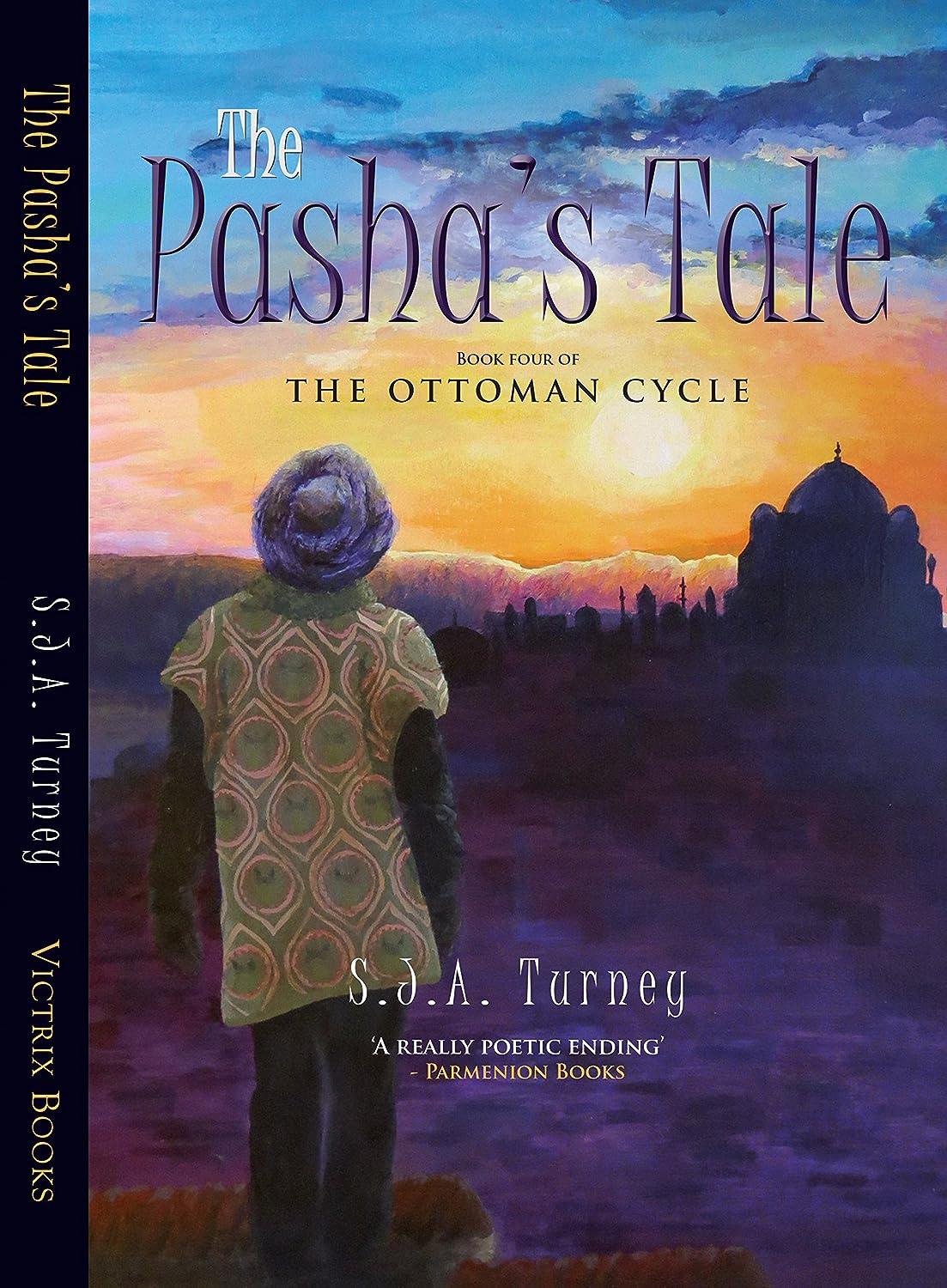 So this is it. After five years of wandering between the extremities of Mediterranean and beyond, Skiouros is coming back home, Shortest book ever, right? Well... the previous book make no secret about Skiouros intention or destination and it even puts him on a boat. However, even without the promise in the author's note, I knew there's plenty of excitement coming my way. And I was left with plenty of questions: what is home for a kid growing up in occupied Greece, kidnapped and forced to make a living on his own in a foreign metropolis and growing into adulthood mostly on long trips, usually on boats? Is Skiouros going to settle in Istanbul, or is it Hadrianopole his final destination? Is he going to take up farming? Is he going to see his parents again? What of Parmenio the sailor, or Diego, the fugitive master swordsman? And what's the deal with the gypsies anyway? Most importantly, now that the series is ending and he's free of any restraints, is Simon going to actually kill Skiouros? Are we gonna see our hero benefit from a heroic death that gives him a sense of achievement, or is he gonna get an absurd, tarantinesque death?

The book doesn't really start approaching the questions until close to its end, as before we get there Skiouros will be busy with one more adventure. Not really surprising, but this last adventure (or is it?) does not feel artificial or manufactured in any way. There was indeed a point when I said to myself: "Oh, no, not another plot to kill the Sultan!", though I have to admit this is one of the most smartly created plot I've ever read and in some ways it makes even more sense than the previous one.

Diego de Teba is my character of choice in this book and as he was developing he has gained my admiration completely. Not only is he a typical action hero, brilliant with a blade and courageous as hell, but it is indeed his psychological journey that makes him complete. And I'm glad to see Simon venturing so far into a character's psyche, way beyond the territory of a historical action novel.

Otherwise, more description of Istanbul's life and buildings, more about the habits and customs of the Ottoman Empire approaching its peak, interspersed with fight and action scenes so vivid I was sorry the train was closing on to home. I have to say, Seems like all that looking at bricks does pay off.

I have to say, I don't think Simon quite catches the spirit, the very essence of the Ottoman life or of the higher echelons of Ottoman politics, but his books would be not dissimilar to what a Western European (probably a Genovese or Venetian) would describe if they were contemporary with the action.

Now, because I have gone out of my way not to put in spoilers about the Ottoman books, I will wrap it up by giving one that, while it's quite an important pointer, does not really say anything either: Soliman the Magnificent makes a cameo in this book. Curious yet?

'A man should not seek to discover every angle or every facet of a thing, for by the time he has uncovered the deepest meaning, that thing might be gone. Decisiveness and willingness to act promptly for the good are of prime importance.'

This description of the difference between the drawing desk and the building site has been highlighted by 3 kindle readers, apparently.

'A truly wise man can absorb the principle facts about a thing in a short time, while continued deliberation will only serve to cloud his mind and make him uncertain.'

'One never knows when one might find one's own neck beneath such a blade. Always sweeten the executioner, just in case.'
Publicat de Leo la 16:42