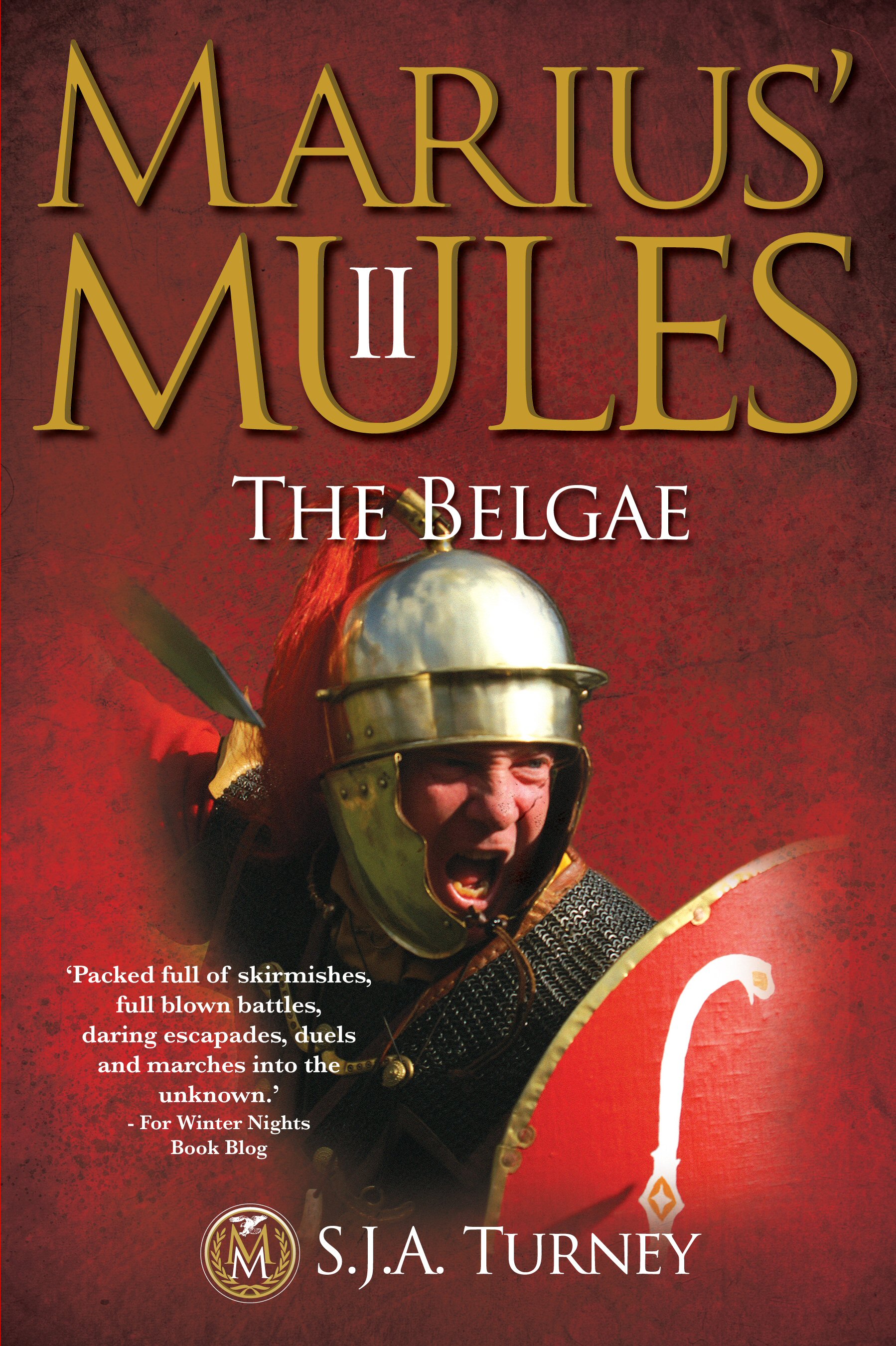 For all the suspicions I started reading this series with, I am now racing through it and I am, at the time of writing, already a quarter into the third book. So what was the second all about then? Well, the Belgae. Of which we know, from Julius Caesar, they inhabit one of the three parts of Gaul, the other two being occupied by Aquitani, in the south-west, and the Gauls, all over the place. Of course, Caesar conveniently forgets about Gallia Narbonensis, which - although geographically very much a part of Gaul - was Roman territory for two generations already when he wrote De Bello Gallico.

And in the spring of 57 BC, unhappy with the last third of Caesar's famous motto Veni, Vidi, Vici, the Belgae found themselves at the heart of a revolt against the forces of Rome camped in Gaul and a little too close for comfort over the winter. These are the premises from which both Caesar's second book on Gaul and Simon's novel start. This time, however, Simon takes some bolder decisions than in the first book of the series and goes astray from the general's letter a lot more and a lot more often.

It is, undoubtedly, a much more spectacular book. The very notable siege of Bibrax, together with the events and the dialogue that frame it, is masterful writing. The difference between the previous year's campaign and this one is this time Caesar's legions are fighting an unknown opponent that is, however, very aware of their opponents' might and tactics. Almost the opposite of the confrontations with the Helvetii and Aristovius' Germans. If exploited well - and Simon does exploit it well - this historical context makes for fascinating literature. Not only does the battle of mights becomes a battle of wits a lot of the time, but the drama delves into some episodes of espionage and intelligence gathering as well, with Priscus (but not only) becoming an ad-hoc James Bond.

And of course, this is war, not a board game. Whenever one of the opponents is outsmarted, there is loss of life. In this respect one could say that the book is too gory and yes, probably the faint-hearted would best be staying away but then, what business have the faint hearted reading war novels anyway?

What I find interesting is noting how, simultaneously with displaying his impressive documentation and imaginative power when it comes to military strategy, Simon also shows the limits of his writing. His is not the deep introspective novel. Psychological conflicts and the great philosophical questions hidden under the mask of dialogue are not for him. All his characters are very uni-dimensional, almost flat. Fronto will always be a socialist, outspoken to a fault, notorious drunkard and a great military mind. An advocate for peace and a brilliant war-maker, at the same time condemning and provoking loss of life.

And for some reason Simon chose Crassus to be his villain. The young patrician is the absolute worst, all his decisions are bad and he can do no right by Simon, apparently. Although I have learned by now that this may not be exclusively for portrayal purposes, but also for some other intrigue that will be unveiled a few books ahead. Because this is another thing that happens in Marius' Mules, action threads are opened and then forgotten about, only to resurface some time later (in some cases a very long time later, as will probably happen with Paetus, the camp prefect who wants to kill Caesar, but will see his wish come true only 13 years later).

This book is part of a long saga and, as with all long sagas, we say hello to new characters and goodbye to others. I don't want to spoil any surprises, but I would advise you not to become too emotionally attached to anyone in the Tenth Legion. Or the Twelfth.

And if, like me, you have read De Bello Gallico and have been left in awe of how big Titus Labienus' contribution was to the successful conclusion of the Gallic Wars, you were wrong: it was all Fronto.

"Rome is not a city; it is an idea. An idea that encompasses all who let it. The tribes of the Alps or the southern coast have considered themselves part of that idea for generations now and they have wine, and aqueducts and theatres and arenas and..." [...] "and most of all, they have peace."

"we need to take, but we also wish to give. Not a conquest, but a partnership."
Publicat de Leo la 23:26